This ought to be the title of my blog the next year, because this is exactly where I’ll be! I’ve finally moved to Seoul, and I’ve spent the past few days getting settled and adjusting to the time difference. We’ve moved into a great apartment (quite large for Korean standards) right on campus of my uni and a few minutes walk from Sinchon and Ewha subway stations. In other words: I now live smack dab in the middle of Seoul!

I’ve been here for four days now, and in those four days the following has happened:

I’ve found out that Seoul indeed is sizzling hot right now. Several people warned me before coming, and they were right. On the other hand I’ve learned that I tolerate the heat better than I would have thought. Hard to imagine when I come from a country where a day with more than 25 degrees celcius is news material.

I’ve spoken Korean – a lot. I really sense a great improvement over the seven months that have passed since I was last here.

I’ve accidently run in to two people I know on the streets of Seoul. In a place where more than 10 million people live in just the city center, I thought this was pretty amazing.

I’ve met with my new research partner on a Danish-Korean project and discussed research ideas in Korean.

I’ve discovered that while I’m perfectly capable of having lenghty and technical discussions in Korean, I can still get confused when sales people at coffee shops ask me if I want my coffee hot or cold, in a mug or a paper cup, whether I have a member ship card, and if the coffee is to stay or to go. Oh, and would I like the receipt. I’m getting better, but for some reason it seems that every sales person has their own way of asking these questions.

I’ve become accustomed to buying fruit and veggies from street vendors and I love it. They not only sell their goods cheaper but I can get fresh produce right outside my doorstep without having to go to the super market.

I’ve learned that shower curtains appear to be a rare sight in Korean bathrooms.

I’ve bought two pairs of slippers, one for the apartment and one for the bathroom. Koreans never ever (!) wear shoes indoors, so when in Rome…

I’ve bought several Sogang Korean books. After all, I’m going to be working at Sogang university, and I’ve heard so many good things about them.

I’ve already splurged in Korean cosmetics from Innisfree, Olive Young and Aritaum. They are all within a dangerously short walking distance from my apartment, and they all know just how to win me over. “Whitening, wrinkle reduction, softness” – what’s not to like? 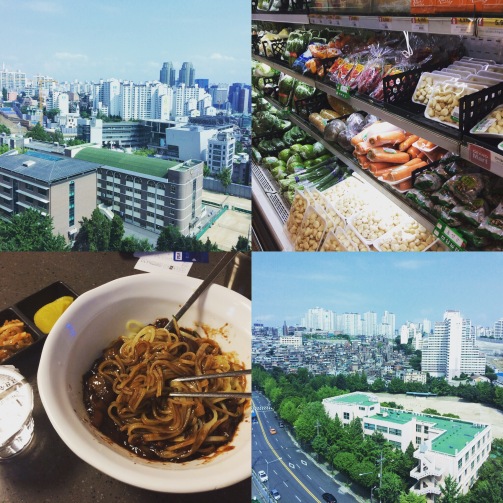 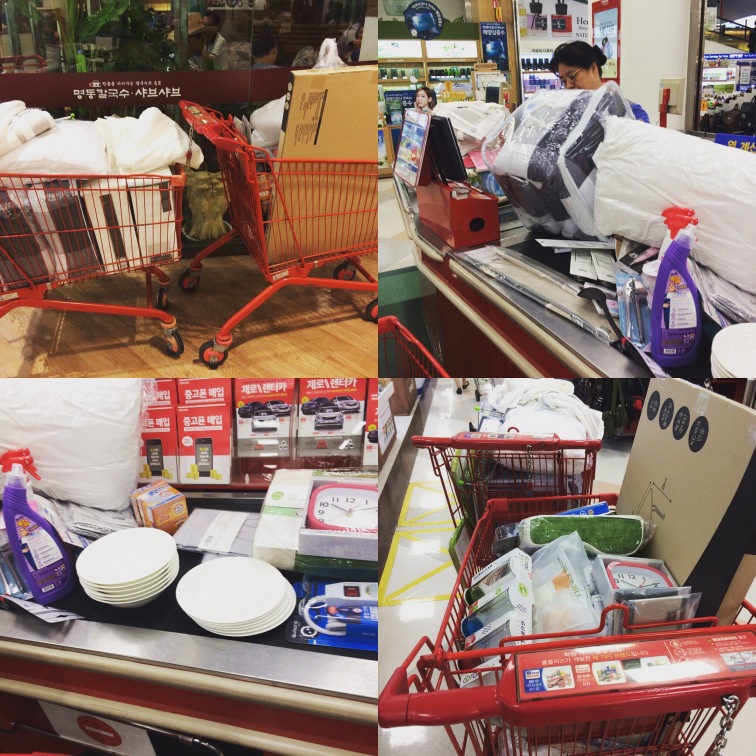 christineinkoreaefl.wordpress.com/
A Dad trying to cope with the loss of his Partner and becoming a single parent.

Welcome to my li'l spot on the WWW