After having seen a super cool TED talk with two guys setting out to learn 4 (four!) languages in 1 (one!) year by using absolutely no English I was really […]

After having seen a super cool TED talk with two guys setting out to learn 4 (four!) languages in 1 (one!) year by using absolutely no English I was really intrigued. They succeeded in reaching a decent conversation level in Spanish, Portuguese, Chinese, and Korean in just one year by sticking to the strict but simple rule of no English.

Challenge accepted! I decided then and there that I would use the same strategy with my Korean studies. Since then I’ve spoken strictly in Korean with my online instructors. If they say something I do not understand, I ask them (in Korean) to rephrase the sentence speaking more slowly and/or using simpler words. This is a great exercise, and it forces me to constantly think in Korean too.

I took this rule a step further by also banishing English from my notebooks. Usually, I would write the English translation next to a newly learned Korean word or phrase, but lately I’ve written a Korean synonym or a brief Korean description of the word instead. In this way, I find that I now think and write more in Korean, where I used to go about my Korean learning thinking “what does this mean in English?”

Naver online dictionary is a great resource for this practice as it provides concise Korean explanations and synonyms for almost any word. I’ve even started to just write down a newly learned Korean word in my notebook without any definition or translation at all. The logic behind this strategy is that when I don’t write down the meaning of a word, I tell my subconscious to remember the usage of the word. This works much in the same way as my past memory of phone numbers and birthdays before smartphones and Facebook. Back then, I was excellent at retaining such information which I now always forget because I can easily look it up. So, by not using English I feel that I’m finally learning Korean without training wheels. And just like getting rid of the training wheels allow you to go faster on your bike, my Korean vocabulary seems to expand faster than ever simply by using the “No English Rule”. 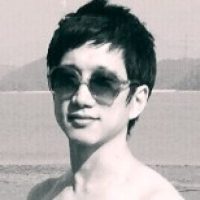 A Backpack and Birkenstocks

One Woman Traveling the World

A Dad trying to cope with the loss of his Partner and becoming a single parent.